Latest mold stories in the News

As part of our ongoing efforts to bring you the most up to date information and the latest mold stories in the news we’re continuing our new weekly series today. Titled simply, Mold News this Week, we will continue to issue the absolute latest and most up to date information on mold and mold contamination removal. These stories cover things such as how mold continues to adversely affect peoples lives and the latest in health and medical study releases and updates to mold contamination removal procedures.

This weekly release fills a gap in what is currently available to consumers…a place where the latest information is made available in one location.

So , please find our first release informative and useful in your approach to addressing the health and welfare of you and your family.

Home and Work Series this Week

The Cherokee County Sheriff’s Office said in a news release that staff found the mold last week on air vents in a unit where inmates are housed.

Test results were received Monday and further inspection revealed mold in two of the eight housing units in the jail.

Work to remediate the mold issues is expected to start Wednesday, Jan. 9, while officials are asking for emergency funding for air quality testing throughout the jail.

Officials say excessive humidity in the units caused the mold. Possible roof leaks, according to the release, could have caused mold growth on the ceiling.

The sheriff’s office released the following statement on the mold issue:

“The safety of the inmates and staff are of the upmost importance and all necessary steps will be taken to protect those in the facility. All inmates and staff will be removed from the impacted units during remediation work. All recommendations and procedures of the remediation vendor will be strictly followed to rid the facility of all mold issues. Additional information and
releases in regards to this mold issue will be released once remediation work has started and further assessment is completed to determine the scope of work required to return things to normal in the facility.”

Story 2 – Homes in Eastern Coachella Valley have must higher concentrations of mold than the rest of North America. 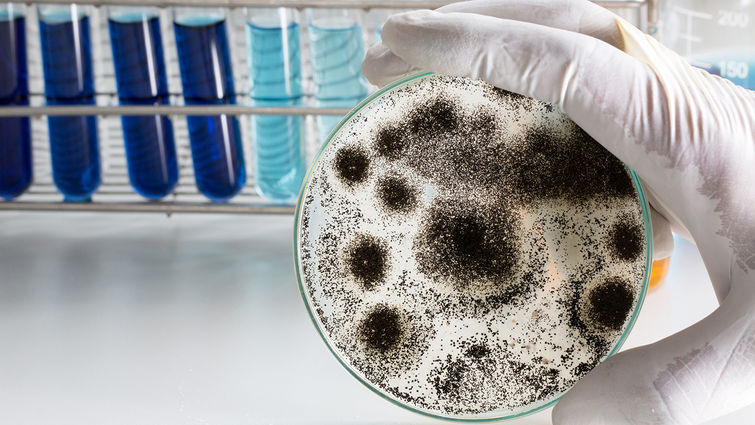 Researchers from Loma Linda University School of Public Health and the Environmental Protection Agency reported that homes in the Eastern Coachella Valley have much higher concentrations of mold contamination than the rest of the United States, and that children living in those homes tested more than twice the national average for asthma and other respiratory illnesses.

Principal investigators Ryan Sinclair, PhD, an associate professor of environmental microbiology at the school, and Stephen Vesper, PhD, a research biologist at the EPA, published their findings in an Oct. 15 article in the Journal of Environmental and Public Health.

The pair used the Environmental Relative Moldiness Index (ERMI) to test mold contamination in the communities of Mecca and Coachella. Previous studies have shown that higher ERMI levels are associated with asthma development or exacerbation.

Household mold contamination in the city of Coachella and the community of Mecca was higher than other areas. The average ERMI value in the ECV was 9. By comparison, the Riverside County average was less than 2.

Sinclair, who has been studying environmental health conditions in the ECV for a decade, said he wasn’t surprised at the findings. Some families pay upwards of $600 a month for housing with aging water and wastewater pipes, inadequate building materials, and failing electrical infrastructure. All of those physical deficiencies allow moisture and mold to be a major problem in the region.

“ Some families pay upwards of $600 a month for housing with aging water and wastewater pipes, inadequate building materials, and failing electrical infrastructure. All of those physical deficiencies allow moisture and mold to be a major problem in the region.”Ryan Sinclair, PhD

Dust samples were collected at a subset of homes by local community members when occupants gave permission. Samples were taken from the tops of doorways, bookshelves and other surfaces and tested for spores of 36 indicator mold species.

Many of the residents of Coachella and Mecca are low-wage workers and there is often not enough money for food, let along healthcare, after rent and utilities are paid.

Sinclair is working with a network of organizations to bring environmental justice and advocate for policy change that will protect the health of low-income renters. The organizations operate under the Alianza Coachella Valley, described on its website as a “collaborative of diverse organizations and community members working together to transform the socioeconomic conditions of the Coachella Valley so that people in all communities have opportunities to prosper.” The group recently instituted a community science program in which young people are trained to test indoor air contamination, describe their findings in scientific terms, and advocate for solutions at state and local levels.

The Alianza is also made up of other groups such as Pueblo Unido, which works closely with landlords of the mobile home parks to identify funding and other grant opportunities for economic development. Those efforts will ultimately improve the health and housing issue in the valley.

Sinclair worries about the children. “The children are at the greatest risk,” he says. “Any time you have an ERMI number greater than 5, you run the risk of initiating asthma in kids. The average number in the Eastern Coachella Valley is 9.”

“The children are at the greatest risk. Any time you have an ERMI number greater than 5, you run the risk of initiating asthma in kids. The average number in the Eastern Coachella Valley is 9.”Ryan Sinclair, PhD

We are a professionally licensed firm experienced in testing, verifying  and removing Mold / Asbestos / Lead and other environmental contaminants as well as providing disinfection services to control and kill biological contaminants.

We can inspect your home / business for mold / asbestos in 3 hours or less.